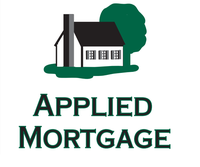 Women & the Art of Risk

The Mission: Just Show Up and We'll Lift You Up!
Join us at the Log Cabin on September 27 for the 2019 Women & the Art of Risk, a women's leadership event featuring workshops, discussions and career development opportunities, all led by distinguished woman from the Pioneer Valley. Hear personal & professional stories of how taking calculated risks led these women to new adventures & made them stronger leaders. 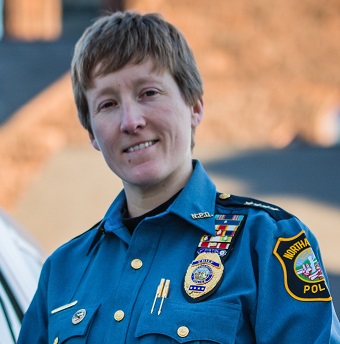 Chief Kasper has been with the City of Northampton Police Department since 1998.  She began as an officer, worked her way through the ranks, and was appointed as chief in 2015.  She is a member of the Western Massachusetts Chiefs of Police Association where she serves on the Executive Committee, the Massachusetts Chiefs of Police Association, the International Association of Chiefs of Police, and the National Association of Women Law Enforcement Executives. She is also a commissioner with the Massachusetts Police Accreditation Commission.  She is a member of the Governor's Task Force on Hate Crimes and is on the Board of Trustees for the Commonwealth Security Trust Fund.  Within the valley she is a member of the Transportation and Parking Commission, the Executive Board of the Hampshire Heroin/Opioid Prevention and Education (HOPE) Coalition, the Greenfield Community College Criminal Justice Advisory Board, and the Executive Board for the Municipal Police Institute.  She earned her Master's degree in Criminal Justice in 2001 and a second Master's in Public Administration in 2006. Chief Kasper also enjoys teaching and has taught at Elms College, at the Roger Williams University Justice System Training and Research Institute, and for the Municipal Police Training Committee.  She has given conference presentations on a wide variety of topics, including leadership, officer training and health, motivation and morale, and open data.  Chief Kasper is also a published author.  She has written three books in the area of policing and leadership and has written numerous magazine articles. 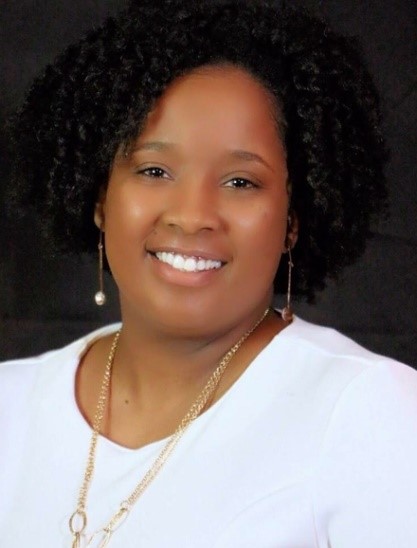 LaTonia Monroe Naylor, AmeriCorps Director Springfield College
By the end of this session you will:
Be able to identify the "why" which can motivate you to the next stage
Be able to identify the "how" to deal with situational barriers often caused by our own worst enemy - often ourselves
Create a draft of a "personal social network" which She has used to get into and sustain the pressure of various leadership roles that you assume.


The Art of Resilience: 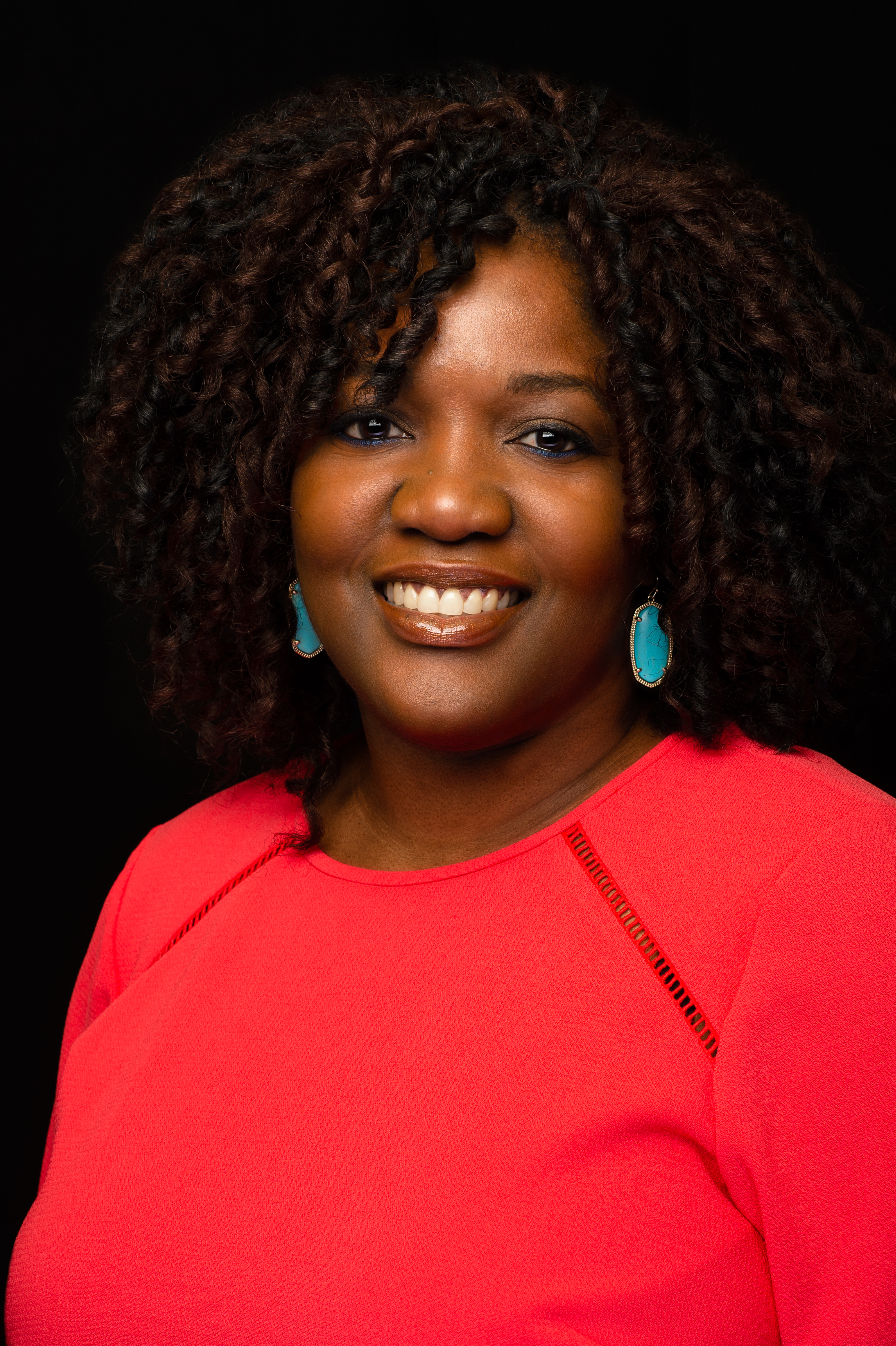 Kisha Zullo, MBA, CMP
By the end of this session you will:
Have a group and/or individual vision board representation of resilience & joy
Have a Statement of Affirmation
Have 3 Techniques to use when facing difficult circumstances
Have best practices & words to share with those going through a difficult circumstances

Morning Panel: This year's panel digs deep to share their stories of risk and how it brought them to a higher understanding of themselves, their lives and their work . Join us as we navigate how these experiences have shaped and defined their relationships with the Art of Power & Influence, the Art of Resilience and the Art of Defining Their Success. 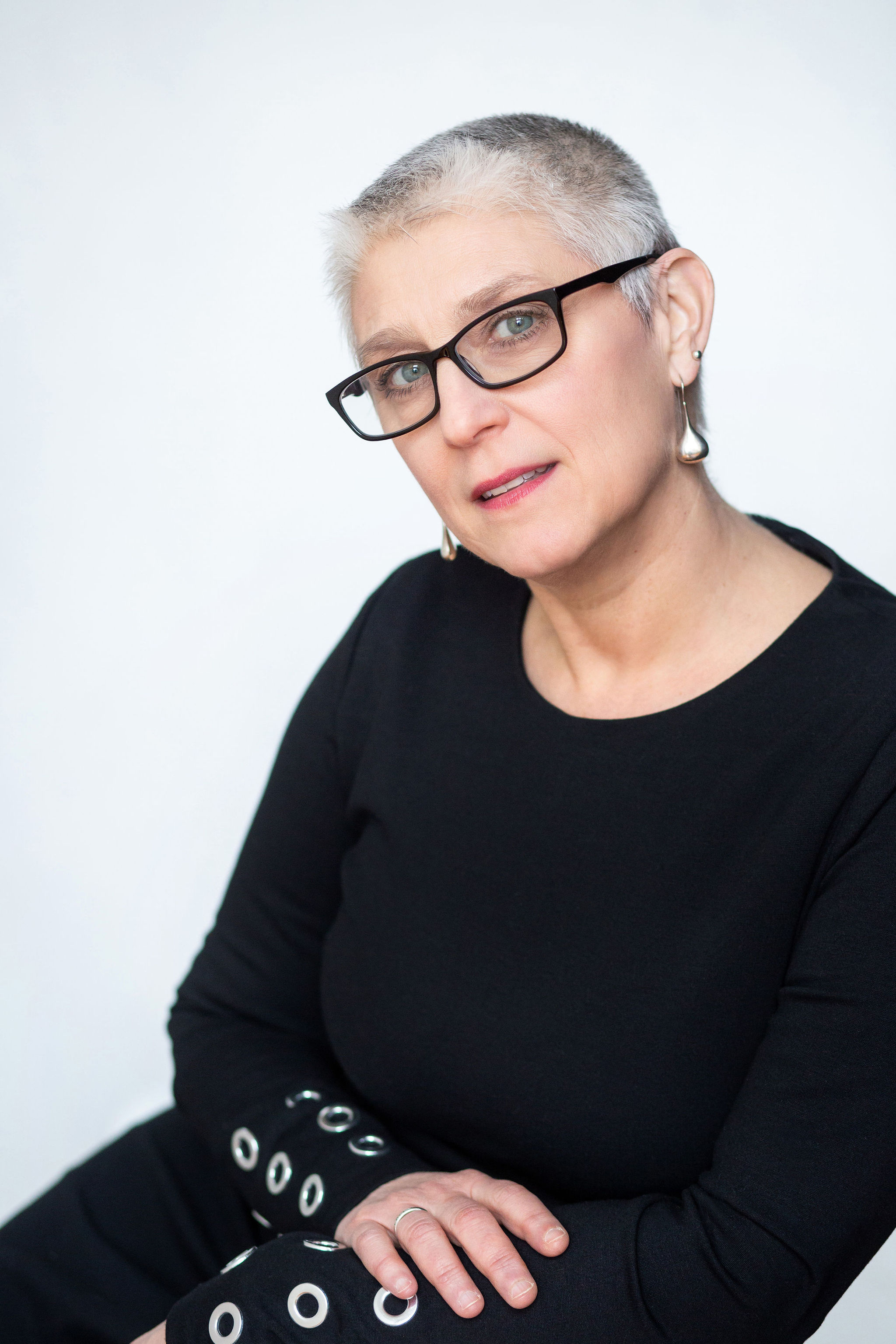 Moe Belliveau:
Executive Director
The Chamber of Greater Easthampton
The Risk: Living my professional life as a public figure?every day
What feels Risky: Both my professional & private life is exposed to the spotlight
Being judged
Being ?beat up? in the press and social media
The Reality: My position here at the Chamber is one that is very public. Both my personal & professional life are played out within the public realm. My vision and philosophy for both aspects of my life are very exposed, open for public debate & judgment. Although it is exhilarating most of the time, I don?t always have the answer. Sometimes I find myself in a situation that I don?t even know what the hell I am doing! But one thing for certain I do know, is that regardless of not knowing the answer, or how, I show up, I do it anyway, and I get it done! 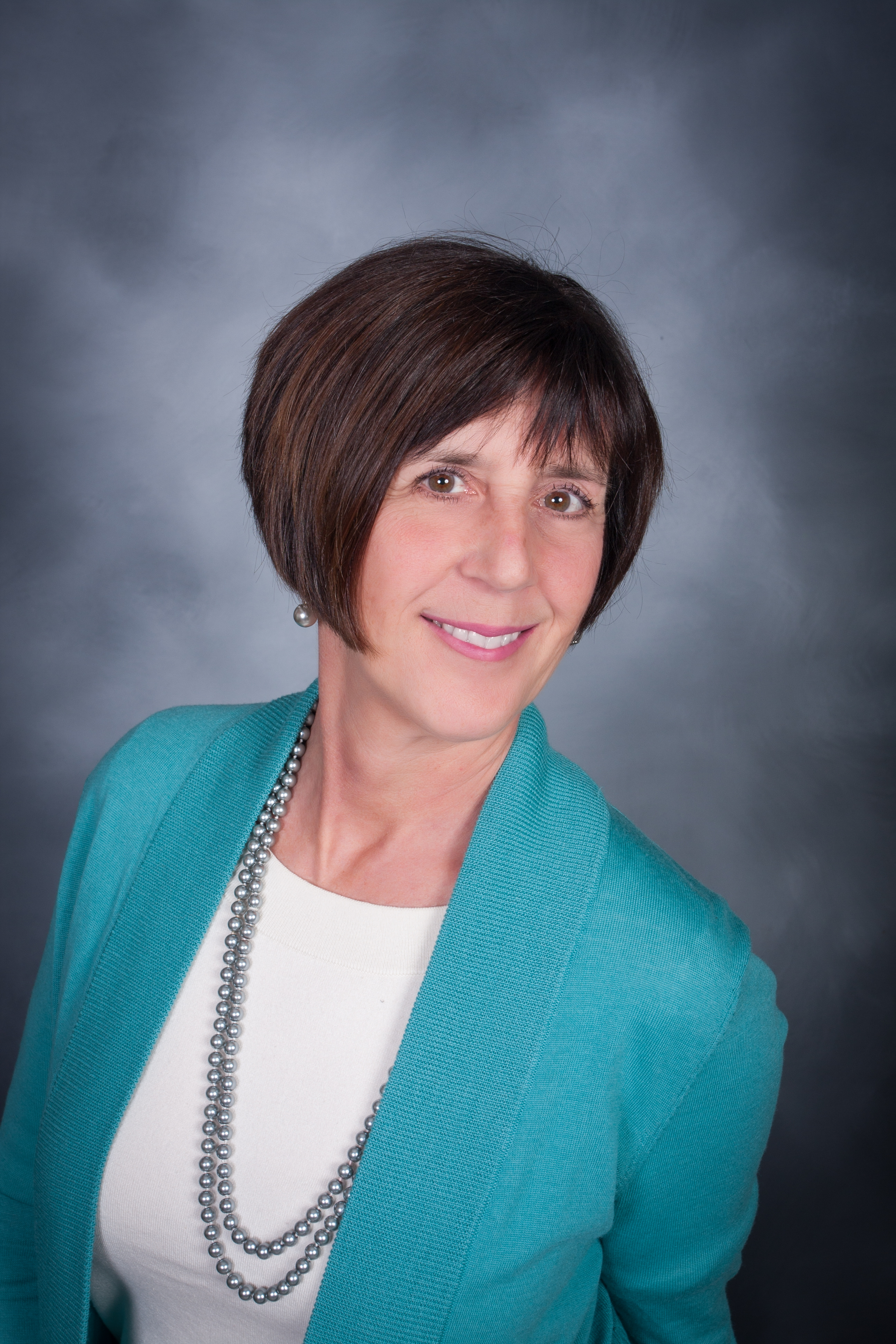 Kathleen Anderson:
Director of Community Benefits
Holyoke Medical Center
The Risk: Entering back into the workforce & changing gears after rising my children
What feels Risky: Balancing work & family
Reinventing my career
Some thought; I wasn?t qualified for my new role as Holyoke's Planning & Economic Development Director
The Reality: Although I had a great deal of apprehension around re-entering the workforce, and in particular, working for the Holyoke Mayor in a role that would be public and political. I took the leap anyway and guess what, I ROCKED IT and moved on to become Director of Planning and Economic Development! It took hard work, long hours, thick skin and understanding that it's none of my business what other people think about me.


What Feels Risky:  Not feeling safe
Risk of failure
Feeling vulnerable and being judged
The Reality: I am motivated. I can redirect. I can get beyond the front door by changing my thoughts and rewiring my brain. As I get older, I realize I am capable of so much more.
I tired of wasting time and am ready to take on the world! 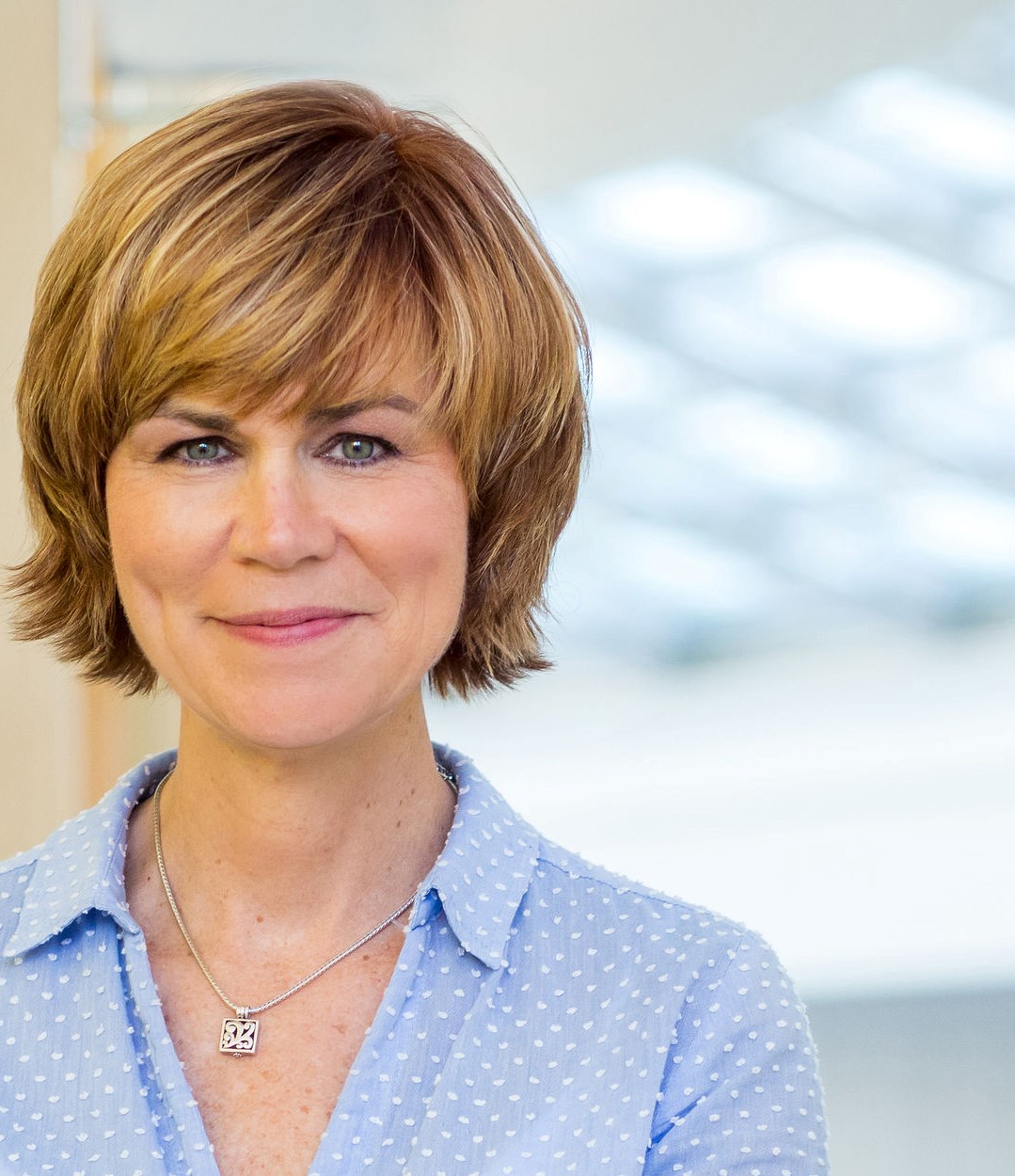 Susan Lapointe
Director of Development & Community Relations
Riverside Industries
The Risk: Facing ?Stagnant Success? , no longer feeling fulfilled within my successful business of 19 years & yearning for more.
What feels Risky: Coming to the realization that I was no longer being fed by my vocation which I so loved for 35 years
Having confusion, knowing what I was capable of more.
Closing my successful business of 19, and facing the perception that my business failed instead of the actual reason.
The Reality: Once I processed the confusion & owned that I was in fact capable of and deserved more, I seized the opportunity in a new role and never regretted it. I have a new sense of confidence, energy and vision... " The is nothing holding me back!" 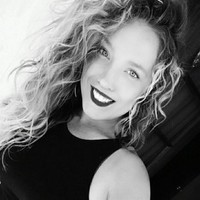 Jordan Hart
Programs & Services Coordinator
Greater Holyoke Chamber of Commerce
The Risk: Choosing to go back to college even thought I felt I was not a ?Premier? student. While waitressing, becoming aware of a yearning for more, to succeed. Then I met Kathy Anderson?
What Feels Risky: Applying to the Chamber when I didn?t have the resume
Insecurity as I took on a position I knew nothing about
Planning and thinking about my career succession. 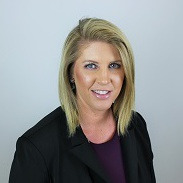 Natalie Didonna
Branch Officer
Easthampton Officer bankESB
The Risk: Leaving an unhealthy marriage and the way of military life I had known for 10 years.
What feels Risky:
With the addition of two children I began to realize that the marriage was unhealthy and we were all walking on eggshells.
We were trapped on an island? Hawaii
Living a secret, I had to plot a way out for me and my two girls, up to the very last minute
The Reality: I had the strength to do the right thing, not only for me but for my two girls as well. I had to wait, but when a small window of opportunity presented itself, I
crashed through it! 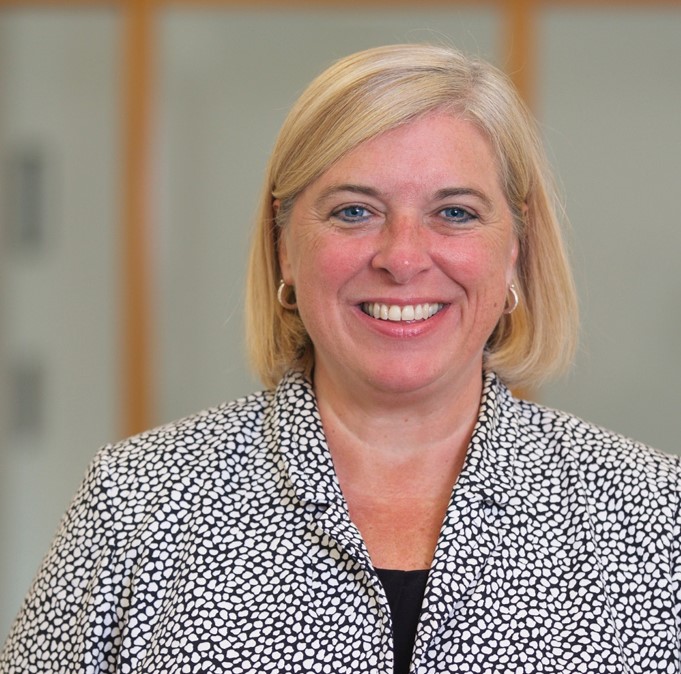 Nancy Davis
Business Development Specialist
Elms College
Center for Entrepreneurial Leadership & MBA Program
The Risk: Moving from New York to Virginia to Massachusetts ? and all the pieces that it entailed ? new career, marriage, divorce.
Being the youngest woman working in a field with all male, ex-military officers having had no military experience.
What feels Risky: Acknowledging that I can?t do it alone
Being vulnerable, Being the only one, Leaving a position you love for a new opportunity in a newly created position with lots of unknowns

The Reality: My career has been more than I thought it would be.  I take huge pride in the work that I am doing and have done in higher education and recruiting.
Being a single parent was and is hard but has also brought me so much belief in myself.  My son has taught me so much. My purpose is clear. Friends are everything. 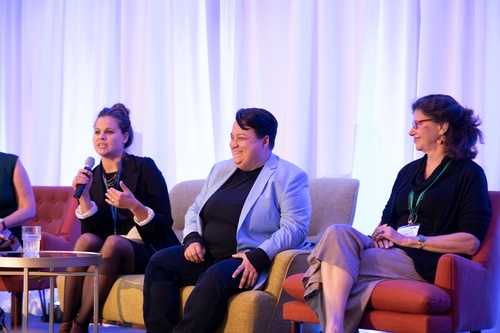 
All Tickets Include Breakfast & Lunch